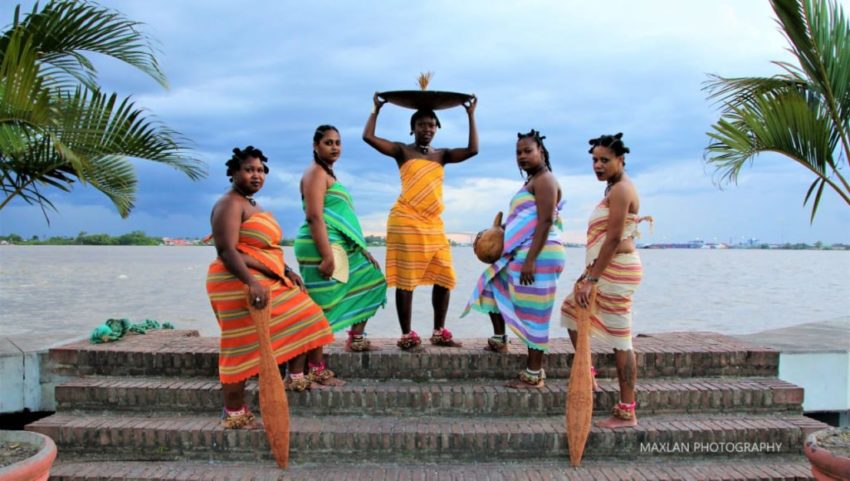 We are in the 16th century, a big wooden ship just left the shores of west Africa carrying precious cargo; slaves. It ‘ll take approximately 35 days or 60 (depending on the weather) to sail the Atlantic ocean towards South America (Colonized by Europe).

Back to the shores, hundreds of African slaves are being loaded on the next ship. They are chained from toe to head, only God knows the last time they had something to eat. Except for little drops of water each is forced to taste to stay alive. Other than that, for the slave traders, it’s business as usual. You buy and sell, slaves of course. For the worst, you hunt and sell, slaves still.

Lets take it one at a time. The buying mostly happens at the shores for the slave traders who don’t wanna go hunting. So they make camp at the shores, wait for the hunters to show up with cargo for sell. Now hunting, is something else. To better understand it, lets trace back the trail slaves boarding the next ship passed through. Barefooted, they were led not short of animals through jungles, over stones and thorns, through bush and plantains, at times through a river, water neck high. Keep in mind, some didn’t make it. They drowned or fainted, got bit by a venomous predator or simply got tired and gotten rid of (by gunshot).

Each one among them was living life as usual in their respective family and village. They had hopes for the next day. Some were married with 2 or 5 children. Some girls had a wedding in preparation the following week. Some were loyal Princes waiting to inherit entire kingdoms, others Princesses waiting to be crowned Queen. Some were celebrated artists, amazing voices they could out sing the angels. Some were warriors, patriotic and sworn to defend their kingdoms. Some where just ordinary people taking life on humbly without much expectations. But all until the slave trader armed to the teeth with long rifles and knives shows up uninvited into their respective villages; catches them by surprise at the river were they had gone to fetch water or at the wedding where they were dancing around the bride and groom or inside the house just chilling — shooting and grabbing, assaulting and cutting, chaining and taking.

Back to the first ship, by now it has cruised half the Atlantic ocean. Inside the ship, the slave traders take turns to guard the precious cargo, slaves. They follow a strict schedule which includes; bringing all slaves up the ship deck, force them to dance in replacement of exercise just to ensure that cargo arrives flesh and intact, that way higher price is guaranteed.

Fast forward, the ship is approaching the shores of the Americas, say Suriname (North of Atlantic Ocean). As routine slave traders begin to round the slaves up getting them ready for off-loading. Suddenly something unthinkable happens, something the guards didn’t see coming. They jump. Yes, slaves. Yes, off the ship. All along the sail, all slaves are busy and quietly planning their escape. Some groups decide to take the guns from the slave traders mostly in vain. They get shot. The only group which succeeds, jumps. They jump the ship in motion before it reaches the shores. Then they swim. Not the swimming-pool type of swimming, remember they are chained. This is survival swimming, fish style all the way to the shores. Once on land, they activate the cheetah in them and start running. At this point destination is out of question. What will save them is distance, distance between them and cargo ship, between them and the slave master.

To cut the story short, millions of African slaves did the undoable and they did it in chains, they jumped the slave ship. Took off into the amazon forest (largest in the world) over stones and thorns, through bush and plantains, through rivers — water neck high but this time free. They went on to develop into wonderful societies deep into the Amazon forest side by side with indigenous people. Later on they came out into the cities took over leadership and formed wonderful nations. The same place they were taken to be slaves, they became rulers. How amazing!

Now, fellow Africans, please allow me to introduce you, Africa’s amazing people, the warriors who jumped, the Maroons.