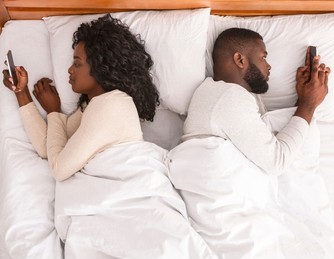 Hello! My name is Doctor Hey You. I’m a professional psychologist. I’ve tremendous experience in counselling, psychotherapy and moral guidance. Today I’ve received two love birds in my office and they’ve a question for me.

Couple: “Doctor! Why is our marriage having problems?”

Dr. Hey You: Well, when it comes to relationships only the couple can really know what is wrong with their marriage. But since you asked I’m going to help you find out what the problem could be.

Dr. Hey You: How about we start by looking at the reasons people get married? Okay?

Dr. Hey You: There are 7 major reasons people get married;

Yes! Sex. Both men and women have sexual desires and needs that must be fulfilled. So instead of going to brothels or having one night stands every weekend a man or woman decides to get married with the assurance that they’ll be getting it every time they want it.

Yes! Benefit. A girl looks at the boy as an opportunity or a boy looks at the girl the same way. When these two come together, it is solely for benefit. They just want to use each other as a bridge to get to wherever they want to get or have whatever they want to have. It could be a boy marrying the boss’s daughter to secure their job and future promotion. It could be a girl a girl marrying her boss to get half ownership of his company, etc.

Yes! Norm or culture or religious belief or principles or ideology. If Christianity requires girls to marry then most of the times a Christian girl is going to marry above all else because of her Christian beliefs. Some times Pastors or Imams choose who they marry for them. The same is true for religious boys. etc.

Yes! Children. People want to have heirs to their throne. Therefore they get married to have children who they want to see grow up and take over their business or legacy or just to be there.

Yes! Wonder. Remember the people who like travelling? They do it because they want to see new places and meet new people and experience new things, taste new food, sip on new drinks, play new games, sleep in new places, learn new things, etc. Thus, a boy or girl marries driven by a profound feeling of curiosity and nothing more.

Yes! Love. a boy meets a girl and they fall in love. Just like the movies. They become too emotionally drawn to each other that at some point it feels like they can’t live without each other. People in love develop a bond based on loyalty, trust and closure, no games and that’s what keeps them together, nothing else.

Dr. Hey You: I don’t want you to tell me reason you married. I just want you to remember it. Now I’ll tell you in general how problems begin after marriage:

Imagine a boy or girl who married for sex and 3 months later they don’t get it as often as they want it. For them sex was the tape holding the whole marriage together. So without their darling sex obviously everything falls apart. How about a girl or boy who married for benefit and 3 months later they are not getting what they thought they would. For them it’s like going to a shop, paying for something and then the seller tells you they don’t have it. How about a boy or girl who married for kids and 2 years later there’s no baby. They can’t be believe it. How about a boy or girl who married for fun or wonder or adventure and 7 months into the marriage it is all boring. How do you think they will behave? I didn’t mention those who marry for pressure but it is the same thing, it wasn’t their idea in the first place. The same is true with those who marry for love. The moment that bond (trust, loyalty and closer) is broken, the marriage breaks too.

Dr. Hey You: I think we should end this session here. Go back home and reveal to each other the real reasons you agreed to marry. Then it’s up to you to make some changes. Thank you for coming. See you next time.