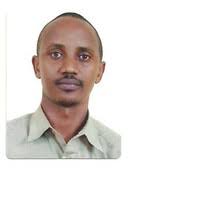 “I had always had an idea to write a book, since the university, but the conviction on exactly what I should write about remained a puzzle — until one day I reached my ‘aha!’ moment. “

The book unveils the resilience of the Rwandan people during that terrible period in refugee camps which became leadership academies from which the surviving ones could not rest until a destiny was ‘carved’ in the ‘wildness’.

Today people find it difficult to believe that the same people, who survived the most heinous human tragedies of the 20th century as refugees are the ones spearheading a nation known to be one of the most catch-up post-conflict societies in the world.

To do what we did and be what we are today ‘the praise goes to men and women with great hope’ who in all had it in spades. Otherwise, the communities we grew from, and the schools we went through were home to all sorts of violence against children.

We were stateless, considered underdogs, a minority with no entitlement for rights but reproach and subjugation. The world too finds it hard to comprehend that the people who lived as second-class citizens are the same people who have turned Rwanda into an ‘earthquake’ that is sweeping the whole of Africa and positively Imaging the continent.

You Are the Precursor, Rwanda is one of the most innovative nonfiction books ever written by a Rwandan youth, from a youth perspective.18 years after the Tutsi genocide. First of all, JOHN BOSCO KABANO invites you to join him on a journey to discover the ‘destiny of Rwanda ‘carved in the wildness’.

The book tackles issues, aspirations, failures, strengths, weaknesses, and dreams all in the eyes of a child with the hope that we are all mobilized to seek, find, and take back our righteous minds based on the fondness of shared destiny. To achieve the latter, ‘we shall have to be ‘agacirolised’.

John Bosco Kabano,  a former Intole dancer at high school, later turned into a prolific youth and political activist. His last dance was when his group danced on refugee day in 1997. He quit dancing after being convinced that he was indulged in a wrong activity that had nothing to do with solving the very reason he was born a refugee.

He thought that he would be more relevant when he joins a team doing the thinking in order to get solutions for malnourished children who were hopelessly seated around the tent, listening to the fate of being a refugee.

From that time he started conflicting with his conscious since he had to convince himself first that dancing was not part of his carrier nor his vocation. Later he realized that it was unfortunate for a person like him who had been a refugee at an early age to lead a lifelong dancing that doesn’t change the status quo.

His perception of life withdrew from acting within the physical body to appease the audience to rational thinking, which involved community diagnosis against violence, war, poverty, repression, and bad governance — even though he appreciates the philosophy of the Rwandan dance as a redefinition of Rwanda’s mystery of recovery.
His passion to address youth and child participation issues became a precursor idea to writing this book entitled: You Are the Precursor, Rwanda.

“In his late twenties, Kabano JB had already achieved what most find hard to achieve in their lifetime including traveling around the world and uplifting people especially thousands of youth across Rwanda and Africa to their greatest potential.” A life well lived indeed!