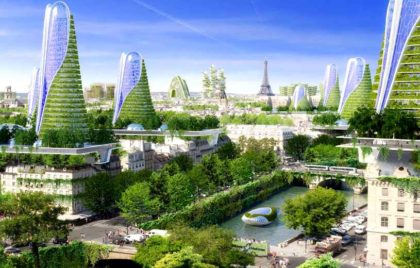 If love was the only cause of war in the world, all causalities of war even though bleeding(emotionally) and hurting (mentally), they would still walk, talk and move. Nations would fight but citizens would keep their homes, soldiers would be deployed but none would fire at each other. Propaganda would still be used but only to fool the masses into sending flowers to loved ones, into urging families, friends and neighbors to be happy together, into celebrating birth days, mile stones and success of each other.

The victors of war would be those who have located and destroyed all traps of hate; those who have set themselves free from all chains of wickedness; those who have allied themselves with others fighting to be respected, seen and heard; those who stood guard whenever bad intentions, bad attitudes, bad feelings, bad thoughts and bad wishes attacked; those who sent rescue and genuine aid to distant folks in dire need; those who stretched out their hand to give help to strangers unknown to them before; those who cared to say something nice to others and made their day; those who smiled back, replied back, paid back and returned back what belonged to others; those who enjoyed the progress of others, cheered them up whenever they would get tired and cared enough to bend just to help others pick up what they have dropped.

If it would be the only cause for transaction; producers would manufacture basing on basic need then other needs, distributors would deliver basing on urgency, promoters would advertise basing on importance, while customers would buy basing on value. Business regulators would still take bribes but this time only to advance and encourage quality efficient products. Economic treaties and zones would still be signed and formed but first for the advancement of well being and then corporate profit. Monsanto and its cousins would reconsider their industrial inorganic approach to agriculture and farming while Cigarrete giants thrash nicotine levels close to zero.

If it would be the only motif for political campaigns; leaders would think about their citizens the night before the elections but also on Monday morning after the election; Presidents would still swear by the flag alongside the Bible or Quran or Shakespeare novel but would keep their word all the way. Citizens would cease protesting because there would be no reason for it since their leaders would’ve settled all national accounts on their behalf.

If it would be the inspiration behind education; teachers would care less about grades and more about uniqueness, individual talent, purpose and potential. Students would do the same, hence finding school fun, some sort of an amusement park for mind and character growth. Parents wouldn’t save for college any more but rather invest in their children’s talents and abilities. And would trust their kids to be capable of funding and managing their adult life past 18.

If it would be the engine driving international business; corporations would still want to go to Congo for the gold and more except this time they’d stop at hiring legit employees and not use militias to cause mayhem among local population; there’d be no need for economic hit men and jackals since all deals would begin and end with a hand shake accompanied with a genuine smile and a toss to shared progress.

If it would be the motivation behind sports; athletes would find no need for doping; players and referees would turn down match fixing offers; World cups and Olympics games would be taking place in Africa as often as they do on other continents.

If it would be the guiding principle of resource use; Amazon forest alongside other world forests would be given a break, at least once in a while; poachers would give up burning animal habitats (equivalent to human home); factories would spare rivers and lakes from their toxic trash.

The world would indeed be a better place.

.. share your thoughts of a utopia world in the comment section or Join Yewe Yewe Community and write your own blog on the idea of a better world.